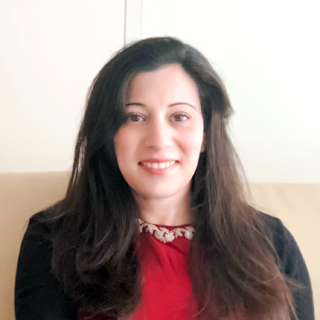 Professor Tryfonidou obtained her LLB (2001), LLM (2002) and PhD (2008) from King’s College London, where she also taught European Law as a Visiting Tutor (2005-2007) and Visiting Lecturer (2010-2011). She is an Associate of King’s College (AKC) since 2008, a non-practising member of the Cyprus Bar since 2003, a Fellow of the Centre of European Law at King’s College London since 2007, and a Fellow of the Higher Education Academy (FHEA) since 2016. Professor Tryfonidou is a member of the European Commission Expert Group on the Recognition of Parenthood between Member States (2021-2022). She sits on the Editorial Board of the Cyprus Review.

Professor Tryfonidou’s main research interests lie in EU free movement law and LGBT+ rights. She is a frequent speaker at international conferences and she has been invited to speak before the European Parliament (the PETI committee), to give guest lectures at events organised by the European Parliament’s LGBTI Intergroup, the European Commission Representation in Cyprus, the Academy of European Law (ERA), the European Parliament’s Renew Europe political group, the European Institute of Public Administration (EIPA), and ILGA-Europe. In addition to monographs, chapters in edited volumes, articles in academic journals, and online blog posts and articles, Professor Tryfonidou has contributed chapters in reports and studies commissioned by the German Federal Ministry for Family Affairs, Senior Citizens, Women and Youth and by the European Commission, and she has co-authored a Study on ‘Obstacles to the free movement rights of rainbow families in the EU’ commissioned by the European Parliament’s Policy Department for Citizens’ Rights and Constitutional Affairs at the request of the PETI committee. Her work has been cited by several Advocates General before the Court of Justice of the EU.