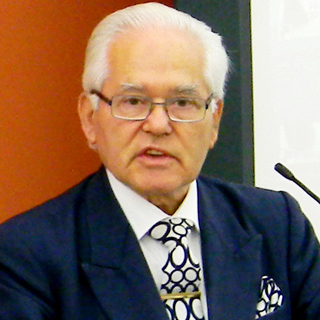 Constantinos GE. Athanasopoulos is a Professor in Public Administration at the School of Law of Neapolis University Pafos. He graduated from the Law School of the National and Kapodistrian University of Athens. He made his postgraduate studies in Paris (Gestion Publique, Developpement et Civilisation, Universite de Paris II; Enterprises Publiques et Developpement, Institut Internationale d’ Administration Publique; Enterprises Publiques, Faculte de Droit de Sceaux) and at Panteion School of Political Sciences (Institute of Regional Development). He was awarded a PhD by the Panteion School of Political Sciences (now: Panteion University of Social and Political Sciences). He has published a great number of books and papers in issues of Law, Public Administration, Communication etc. He has published numerous articles in Greek and foreign academic journals. He has participated in many national and international conferences. He has given lectures in foreign Universities. He is a Special Lectures at the School of National Defense of Greece, the School of National Security of Greece, and the School of Officers and the Hellenic Police. Ever since 1995 he is the editor of the academic journal Review of Decentralization, Local Government and Regional Development. He has repeatedly been invited by many international organizations (such as the European Union, the Organization of Economic Cooperation and Development, UNESCO etc.) for various scientific activities. He has participated in processes for the election of members of Teaching and Research Staff in various Universities in Greece and Cyprus. He has been chosen as member of Boards of Evaluation for the appointment of the General Director of the Institute of Urban and Rural Sociology of the National Centre of Social Research. He has been chosen as member of Boards of Evaluation for the appointment of General Directors in various Ministries (of the Interior, of National Economy etc.). He has been nominated with many decorations, such as Le Prix Européen des 12 Étoiles (2018), the Gold Medal of the Association of Scientists of Sofades (2012), the Honorary Decoration of the Union of Journalists/Owners of Periodical Press (1994), the Medal of the Union of Old French Warriors (1976) etc.