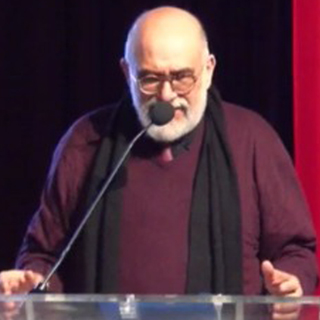 Head of the Department of History, Politics and International Studies

Giorgos Georgis is Professor at Neapolis University Pafos, Member of the Board and Director of the Postgraduate Programs in History at the same University. He was born in Paralimni in 1948 and he graduated from the First Hellenic Gymnasium of Famagusta. He studied at the Philosophical School of the National and Kapodistrian University of Athens. He was awarded his PhD by the same School. He was a post-doctoral researcher at King’s College London with a scholarship from Leventis Foundation. He worked at secondary education in Greece and Cyprus, at the Press and Information Office, and at the Cyprus Research Centre. He served as Cultural Attaché in Greece between 1982 and 1994 and between 1997 and 2000. He was the first Director of the House of Cyprus, which he transformed in one of the most important cultural centres of Athens. He taught Modern Greek History for fifteen years as Assistant and Associate Professor at the University of Cyprus. He served as Ambassador of Cyprus in Greece between 2005 and 2010 with parallel accreditation in Romania, Bulgaria and Albania. He is Member of the Boards of the Michael Cacoyannis Foundation, of the Spyros Kyprianou Foundation and of the Fotos Fotiadis Foundation, as well as Corresponding Member of the Greek Society of Authors. He was Member of the Senate of University of Cyprus, of the Governing Committee of the Open University of Cyprus, of the Cultural Foundation of the Bank of Cyprus, of the Board of Cyprus Broadcasting Corporation, of the Pierides Foundation, as well as of other foundations, organizations and comittees. His book Η συνάντηση Γιώργου Σεφέρη-Στρατή Τσίρκα. Μια φιλία που βράδυνε (The meeting of Giorgos Seferis and Stratis Tsirkas. A friendship that lagged) was awarded the Cyprus State Essay Prize in 2016. He is the editor of the journal Η Δέλτος, which deals with issues of modern history and history of literature. He has been awarded the Commander of the Order of the Phoenix of the Hellenic Republic and has received an honorable mention by the Rectory of the University of Athens. He has been honored by the Ministry of Education and Culture of Cyprus for the establishment and functioning of the House of Cyprus in Athens as well as for his total cultural offer.