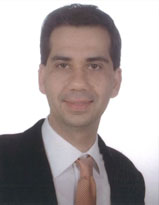 Nikolaos Zaprianos is a Lecturer in Civil Law at the School of Law, NUP (since November 2016), member of the Thessaloniki Bar and partner in “Efstratiadis and Partners Law Fim”.

He speaks Greek, German and English.