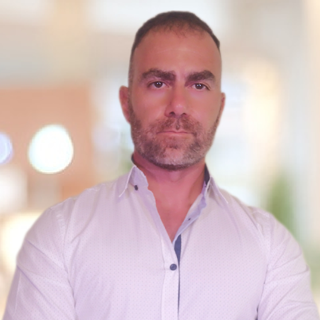 Dr Michael Georgiades is an Assistant Professor at Neapolis University of Pafos. He holds a BEng degree in Communications and Radio Engineering from King’s College London in 2000 (First Class Honours), an MSc degree in Telecommunications at University College London in 2001 and a PhD in Wireless and Mobile Networks from University of Surrey in 2008. Past positions held include R&D Manager at Primetel PLC (Cyprus), Research Fellow at the Centre of Communication Systems Research (CCSR) University of Surrey (UK), and Systems Development Engineer at INSIG Ltd (UK). He has been involved in many EU funded projects in the field of ICT. He is a patent holder and has published in numerous prestigious international journals, conferences, and books as well as contributed to several IETF standards in the area of ICT. He has received multiple awards including the the Nokia Prize for Research Excellence, Primetel Awards for Excellence and Contribution, as well as EPSRC and British Council studentship awards. Areas of research interests include: Tactile Internet, Mobile Edge Computing, Vehicular Networks, Internet of Things, Edge Intelligence.