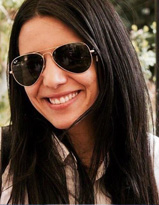 Nicoletta K. Konstantinou graduated with a law degree (LLB Law) from City University London in 2006. She was awarded her Master of Laws (LLM ) in Corporate/Commercial Law from University College London in 2007. Her thesis title was “The implications of the jurisprudence of the ECJ on the direct effect of directives : The case of Mangold”. In September 2007 she joined Inns of Court School of Law (London) for the Legal Practice Course and she was awarded the Postgraduate Diploma in Legal Practice(LPC) in July 2008. She is a member of the Cyprus Bar Association since 2009 and from then on she practices law at her hometown, Pafos. She joined Neapolis University Pafos as special teaching staff in 2014.