The European Commission and Europa Nostra have just announced the 2022 winners of the European Heritage Awards / Europa Nostra Awards, funded by the EU Creative Europe programme. This year, which marks the 20th anniversary of Europe’s most prestigious Awards in the heritage field, 30 outstanding heritage achievements from 18 European countries have been awarded.

Among this year’s winners is the Heritage Opportunities/threats within Mega-Events in Europe (HOMEE), Cyprus, Italy, Poland, United Kingdom, in the category Research, in which the Neapolis University Pafos participated with Evanthia Dova, Angeliki Sivitanidou, Natia Anastasi and Julia Georgi of the School of Architecture, Engineering, Land and Environmental Sciences.

The Heritage Opportunities/threats within Mega-Events in Europe (HOMEE) project brought together leading research centres working in the fields of cultural heritage preservation and mega-event planning to investigate the ways in which cities use mega-events to support economic development. Funded by the European Joint Programming Initiative on Cultural Heritage, the project also involved key institutions and policy officers specialised in heritage policy and in the planning and implementation of mega-events in Europe.

The HOMEE project was jointly carried out by researchers from Politecnico di Milano (Italy), University of Hull (United Kingdom), Neapolis University Pafos (Cyprus) and the International Cultural Center (Poland). It involved 16 associate partners, including national and local institutions and non-profit organisations dealing with heritage and mega-events from across Europe, such as the Italian Ministry for Cultural Heritage and the Arts, UK Heritage Lottery Fund, National Heritage Board of Poland, Matera-Basilicata 2019 ECoC Foundation, City of Milan, District of Pafos, ENCATC and the University Network of the European Capitals of Culture (UNeECC).

For more information, visit the official webpage of the HOMEE research project. 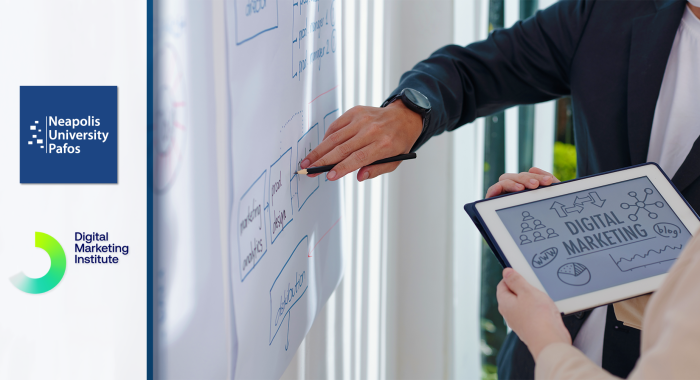 As an authorised partner of the Digital Marketing Institute (DMI) and a member of the DMI global partner network, Neapolis University Pafos (NUP) offers its... 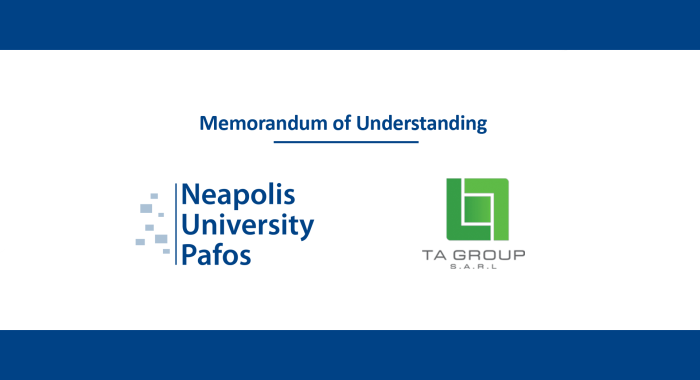 Signing of Memorandum of Understanding with TA GROUP S.A.R.L.

A Memorandum of Understanding between Neapolis University Pafos and TA GROUP S.A.R.L was signed on July 15, 2022 in order to establish cooperation and a...