During 18-19.10.2022, the 18th Economist Summit was held in a hotel in Nicosia in collaboration with the Delegation of the European Commission in Cyprus.

During the work of the Summit, leading speakers and personalities from the political, state, diplomatic and business community of the Republic of Cyprus, the European Union and the International scene, analyzed and referred in detail to the security and energy problems resulting from the war in Ukraine as well as the causes, the results and ramifications of the crisis in the economic, social and political field at the local and global level.

Professor Pantelis Sklias, Rector of Neapolis University Pafos emphasized from the floor of the Summit the following:

“the restructuring of a country’s production model is not necessarily called upon to consider just the current conditions and be seduced by them for fear of options that are without prospect and often closed-minded and certainly short-term. However, it is certainly called upon to predict, through a visionary on the one hand, but also realistic and operationally feasible perspective on the other, the medium and long-term effects of these conditions on the environment of forming the new production base and the reality under formation.

In this context, therefore, we are invited to highlight the constituent elements of this new, diversified production web with a focus on resilience, sustainability, inclusion and quality assurance, extroversion, synergies with international academic Ιnstitutions and the stimulation of research and innovation, Ηigher Εducation can play the connecting link among various initiatives undertaken. In this context, the state is called upon to shield the institutional framework for the creation of Universities, to streamline the operation of colleges as institutions of higher education and to create incentives for the creation of international partnerships and the stimulation of research and innovation, as well as the creation of investments.

Additional sectors could be added with the aim of further strengthening the resilience and sustainability of the entire effort as well as further diversifying the basis of the new production model, such as those of nutritional technology, health and rehabilitation or wellbeing. Sectors, in other words, in which technology is just as important as the natural environment and the geographical location of Cyprus.

A country that “runs” with a growth rate of around 5.5% is called upon, along with the effort to further increase the growth and development rates, to strengthen the institutions safeguarding the existing fabric of business and production. Assurance and protection from practices that distort the conditions for the smooth operation of the market and which usually come from temporary and extraordinary conditions such as those we are experiencing today. Inflation and the devaluation of the Turkish lira create an explosive mixture of distorting market conditions. And it is here that the state, with specific institutional interventions, but also by strengthening the operational capacity of the competent bodies, is called upon to intervene and protect the good that has been achieved with efforts and sacrifices and in adverse conditions». 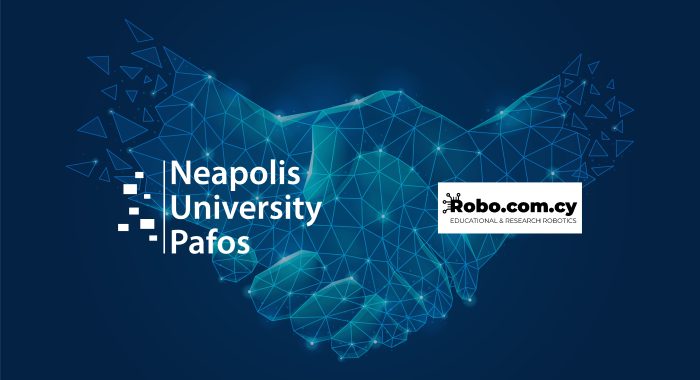 Signing of Memorandum of Understanding with ROBO

The Department of Computer Science of Neapolis University Pafos and the tech hardware company ROBO signed, on November 2, 2022, a Memorandum of Understanding aiming... 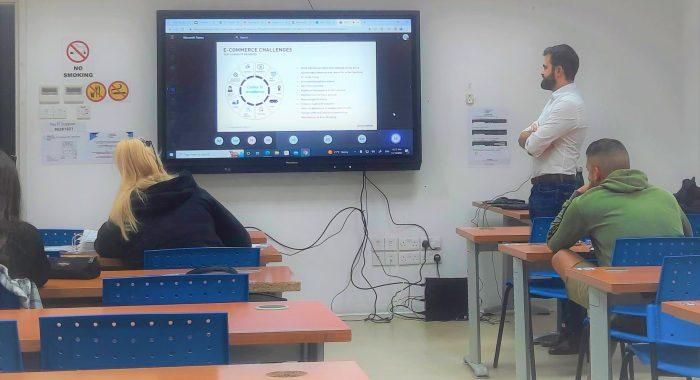 In the context of the course entitled "E-Commerce" in the 4th year of the BSc in Business Administration degree of the Department of Economics and...