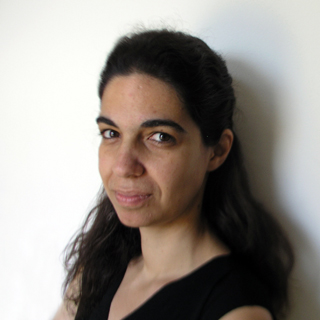 Evanthia Dova graduated from the School of Architecture, Faculty of Engineering of the Aristotle University of Thessaloniki (AUTh) with distinction (1998) and holds a Master of Architecture (MArch II) from the Yale University School of Architecture (2000), with scholarships from Yale University, the Michelis Foundation, the Fulbright Foundation, and the L. Voudouri Foundation. She holds a PhD in Architecture from AUTh (2019). She has taught architectural design in the AUTh School of Architecture and the School of Architectural Engineering, Technical University of Crete as an Adjunct Lecturer, and in Yale University, as a Teaching Fellow. She has supervised research and diploma theses, has curated exhibitions and participated in workshops. As a member of the Pafos2017 Working Group, she helped prepare the candidacy of Pafos as a European Capital of Culture, and, following the bid’s success, she worked on a number of events for Pafos ECoC 2017. She has been professionally involved in private and public projects, and architecture competitors, in architecture studios in New York City and Thessaloniki, and has also served as a Scientific Associate for the European Center for Byzantine and Post-Byzantine Monuments in Thessaloniki (2005-2008). Her research focuses on the one hand on issues of dwelling in the center and the periphery of the city, and interdisciplinary understandings of home, and on the other hand on urban public spaces, with a specific interest in the interactions among cultural heritage, mega-events and urban development.