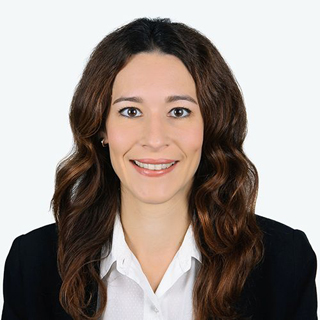 Dr. Evanthia Kardoulia is a lawyer, member of the Athens Bar Association since 2012 (a non-practicing member since 2022). In the past, she was an adjunct lecturer (P.D. 407/80) at the Department of Tourism Studies of the University of Piraeus. She has worked as a legal counsel at various companies and as a lawyer at several law firms in Athens as well as at the Department of Tourism Law of a law firm in Paris. Additionally, she has worked at the European Court of Human Rights in Strasbourg and at the European Commission in Brussels.

She has participated in conferences in Greece and abroad and has published research papers in Greek and international law journals and book chapters in edited volumes, mainly on issues concerning tourism law, consumer protection law and aviation law. Evanthia is fluent in Greek (native), English, French and Spanish.