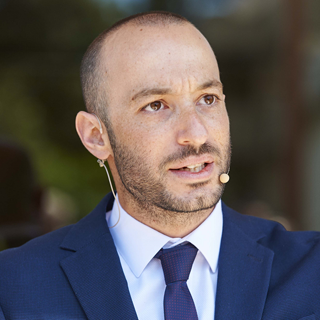 Marios Psychalis is a Lecturer is Neapolis University Paphos in the field of Public Economic Administration since September of 2021, while he is a postdoc researcher investigating “The reforms in the EMU Economic Governance and the South countries response – EUROECON index creation”, at the Department of Management Science and Technology University of the Peloponnese (UoP), holding also a PhD degree from the Department of Economics of the same university. His doctoral thesis is entitled “Economic Governance in the Eurozone, Institutional Reforms in the Economic and Monetary policies and their Effectiveness since the Beginning of the Economic Crisis”, which was supervised by the professor P. Liargovas.

His academic papers have been published in well-known international academic journals, such as European Review (ER), European Politics and Society (EPS), International Review of Economics & Finance (IREF) and others, while he is reviewer in academic journals. He has presented posters and papers in international scientific conferences, while he has also won the young scientist award in one of them (icodecon, 2016). One of his papers is included in the World Health Organization Global literature on the coronavirus disease. Since 2020, he affiliates as an external fellow with the Centre of Planning and Economic Research (KEPE) on budgetary analysis matters, while he is fellow researcher at Monetary Research Center in University of National and World Economy – Sofia. He is member of inter-ministerial committee which supervise the implementation of fiscal reforms in central government.