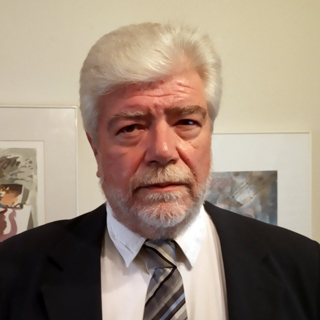 Professor in Criminal Law, Department of Law of the Democritus University of Thrace

Professor Dr. Giannis Mpekas is Member of the Teaching Staff of the Law School in NEAPOLIS University Pafos, (Visiting Professor – Criminal Law) since September 2020.
For the academic year 2020-2021 he is teaching the following subjects: General Criminal Law I-Gr, General Criminal Law II-Gr, Special Criminal Law I-Gr, Special Criminal Law II-Gr, Criminal Procedure I-Gr, Criminal Procedure II-Gr, Criminal Law and Criminal Procedure Practical Issues-Gr, Penology-Gr and Anti-Corruption in Criminal Law, Global Taxation Standards and Financial Crime for the M.A in Economic Crime and Criminal Justice.
In the year 1974 Prof Dr. Giannis Bekas was admitted to the Law School of the National and Kapodistrian University of Athens, from where he graduated in 1979 with the degree “very good” (8.25), while also being a fellow of the I.K.Y.-Scholarship during the last three years of his studies.
He was unanimously elected and appointed as a Research Fellow of the Seminary for Criminal Law of the Department of Law of the Democritus University of Thrace in 1982, and he was permanently appointed there by a unanimous decision of the General Assembly of the Department of Law in the year 1993.
He received his doctorate-title in the year 1992 by the Department of Law of the Democritus University of Thrace with the grade «very good». The title of his doctoral thesis is «The extension of the temporal validity of substantive criminal legislation».